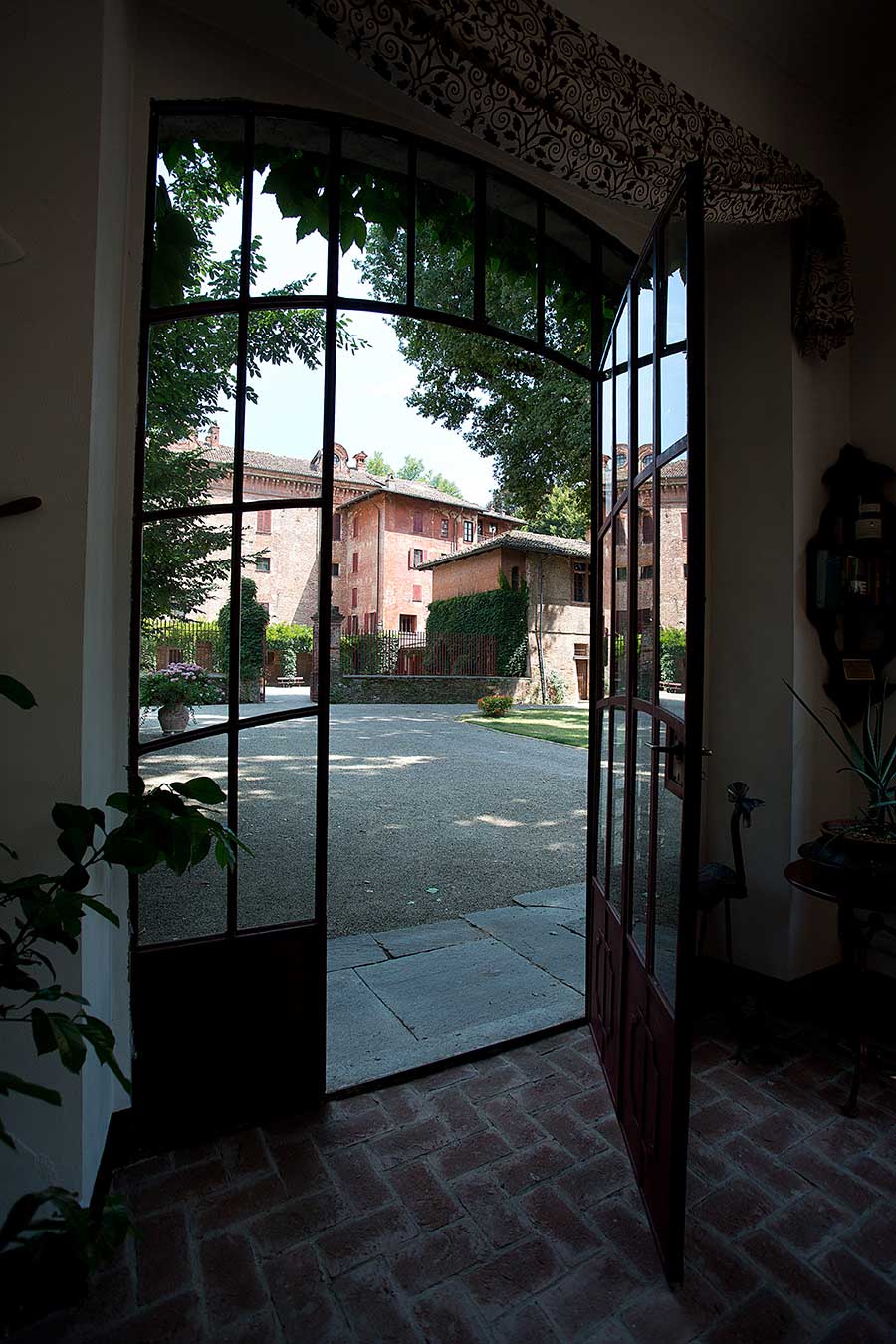 The first news about our family in the Roero area dates back to 1270, when the Malabailas from Asti, where they carry on their banking and commercial activities, decided to expand into Roero.
The first document that speaks of a purchase of land “suitable for becoming a vineyard” dates back to 1362. The protagonist here is the Castelletto, a historic vineyard located on the southern slope of a hill with a small castle at the top.
It is from this vineyard that our Roero Riserva Castelletto is still produced today.
As evidence of the continuity of wine production, seven letters were found in the archive from 1500 until 1624, in which the Prince of Piedmont and the Duke of Savoy required our wines at court.

The last descendant Malabaila was my grandmother, married to Count Carlo Dal Pozzo with whom she had two sons, a girl and a boy who had no heirs. Now therefore the legitimate heirs are my daughters.

The first foundations of the Castle of Canale date back to 1270, when the building was a fortress intended by the town for defense in case of clashes.
Later the village assigned the manor to Antonio and Domenico Roero, two brothers who divided the castle, holding one wing east and the other the west wing.
The hall was instead the subject of several battles between the two brothers until, in 1512, the Malabailas took over, which, partly by marriage and partly by subsequent purchases, came into possession of the entire property.
The building was then enlarged and transformed into a noble residence over the years.

One of the most influential people in the family was Luigi Gerolamo Malabaila, Italian ambassador to the court of Austria, where he met and married Maria Anna Palffy-Ordöd of the Esputzys, the Austrian royal family. Luigi Gerolamo then decided to settle in Vienna where he remained for a lifetime: in fact, he judged this castle too small and inadequate for his large family (he had eleven children). Although not coming, however, provided to furnish it: many of the furniture that today decorate the salon come from Vienna, including the large table, transported to here from the Austrian capital with a cart of oxen.

Today our wine production, on about 22 hectares of vineyards, is around 100 thousand bottles a year.
The Roero terroir is rich in minerals and fossils in white sands, excellent for draining the rains.
The landscape is full of steep hills where vineyards, hazel groves, orchards and the famous truffle woods alternate.

Once the winemaking was done entirely in the castle and the barrels were always placed in the castle. In 2004 the production was then moved to the Pradvaj (Piedmontese term meaning tool) farmhouse, an ancient dwelling, of 1700 used for the production of wine, the harvesting of wheat and the breeding of livestock.
The cellar was then completely renovated, with a cutting-edge project not only for the purely technological aspect, the part dedicated to winemaking was in fact covered by a hill so as to be naturally cooled, with an extraordinary aesthetic effect that hides it at sight in an almost perfect way. It is in an ideal strategic position, right in the middle of all the vineyards, an added value because it facilitates the processing and transport of grapes.
The company’s tendency to favor interventions more and more in harmony with nature means that in the vineyards the use of herbicides has been totally eliminated and natural organic fertilization is preferred.

Today our wine production, on about 22 hectares of vineyards, is around 100 thousand bottles a year.

The Roero, with a landscape of steep hills alternating with vineyards, hazel groves, orchards and the famous truffle woods, has a terroir rich in minerals and white sands excellent for draining rains.
It is here that, in 1985, starting from a very old vine, we started making Roero Arneis Docg, a white with the scent of flowers and fresh fruit.
Then our land was famous for the reds, in fact we limited ourselves to put some bunches of white grapes at the beginning of the rows to attract the birds that preferred them for the sweetest flavor, thus saving the red grapes … How they change the time!

As for the designation of Unesco, it is certainly a great opportunity offered to promote the excellence of our products. An opportunity to discover a wonderful territory with a very high food and wine culture anchored to the roots of tradition.